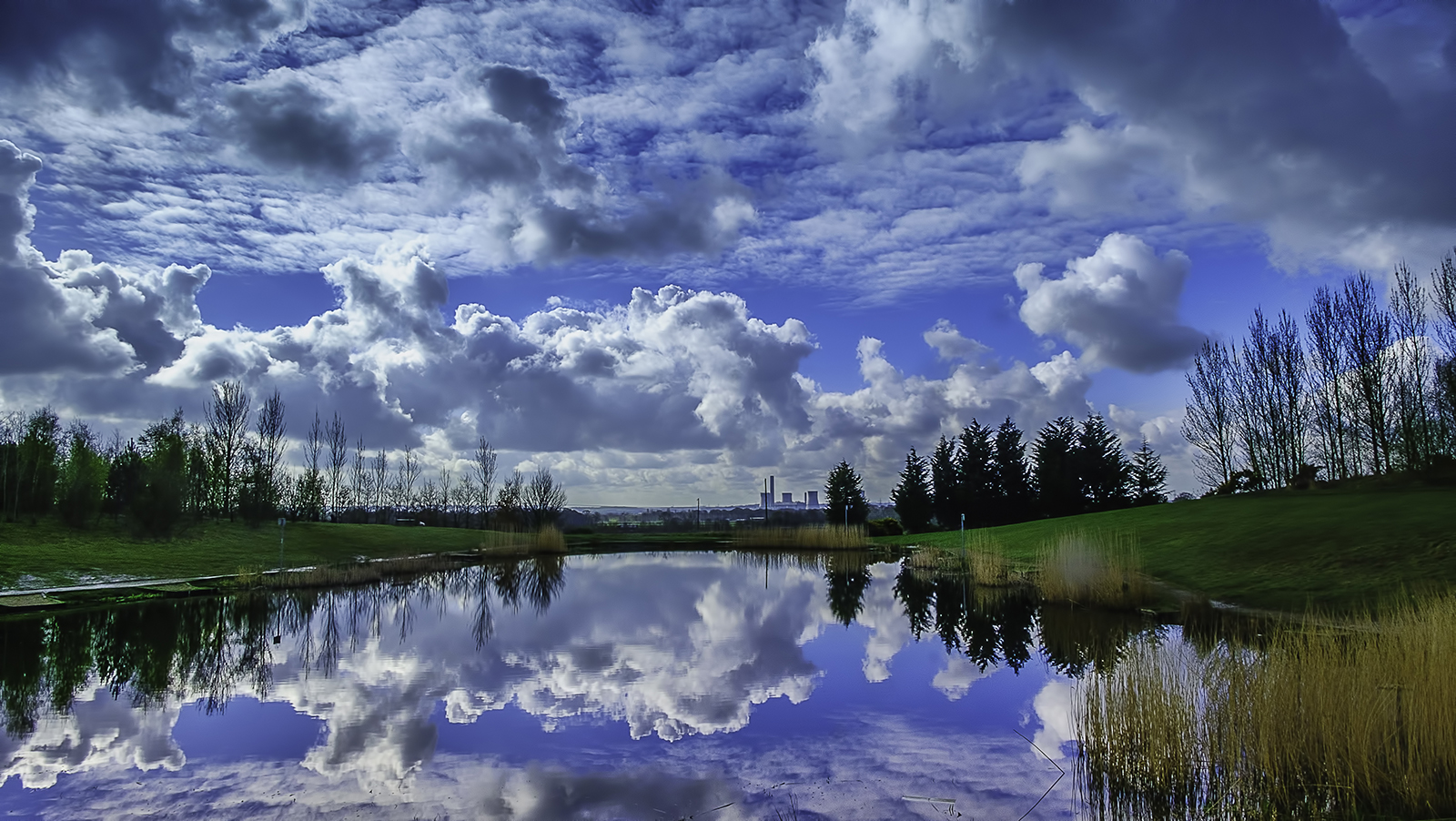 Its true to say that shooting early in a morning can produce amazing photographs, and I habitually wait for that golden moment both at the start of the day and at its end, but as in all things rules are made to be broken.

This shot was taken around nine o clock in the morning on a warm April day, the early morning sunlight whilst golden and perfect seemed almost bland a uniformity which did not inspire me to pick up the camera. That was to change as I set out from my car, I remember passing a lake in the early morning and decided to return later as I observed the clouds rolling in. Once I returned to the site I was more than pleased that the wind had not yet picked up and disturbed the surface of the water, quickly setting up my tripod and Fuji camera I metered off the grass and focused a third of the way into the shot so as to keep a front to back sharpness. I knew that if I underexposed by about a third I would retain all of the details in the clouds and still be able to tease out what detail I required in the grass and bushes.

Within around twenty minutes of taking this shot the wind started to return and disturbed the mirror like surface of the water.

I could have used a neutral density filter to slow my shutter speed sufficiently to smooth the water, but that would have blurred the clouds.

Sometimes it’s worth returning to a location a couple of minutes later just to see if the light or the conditions will give you a little bit more.