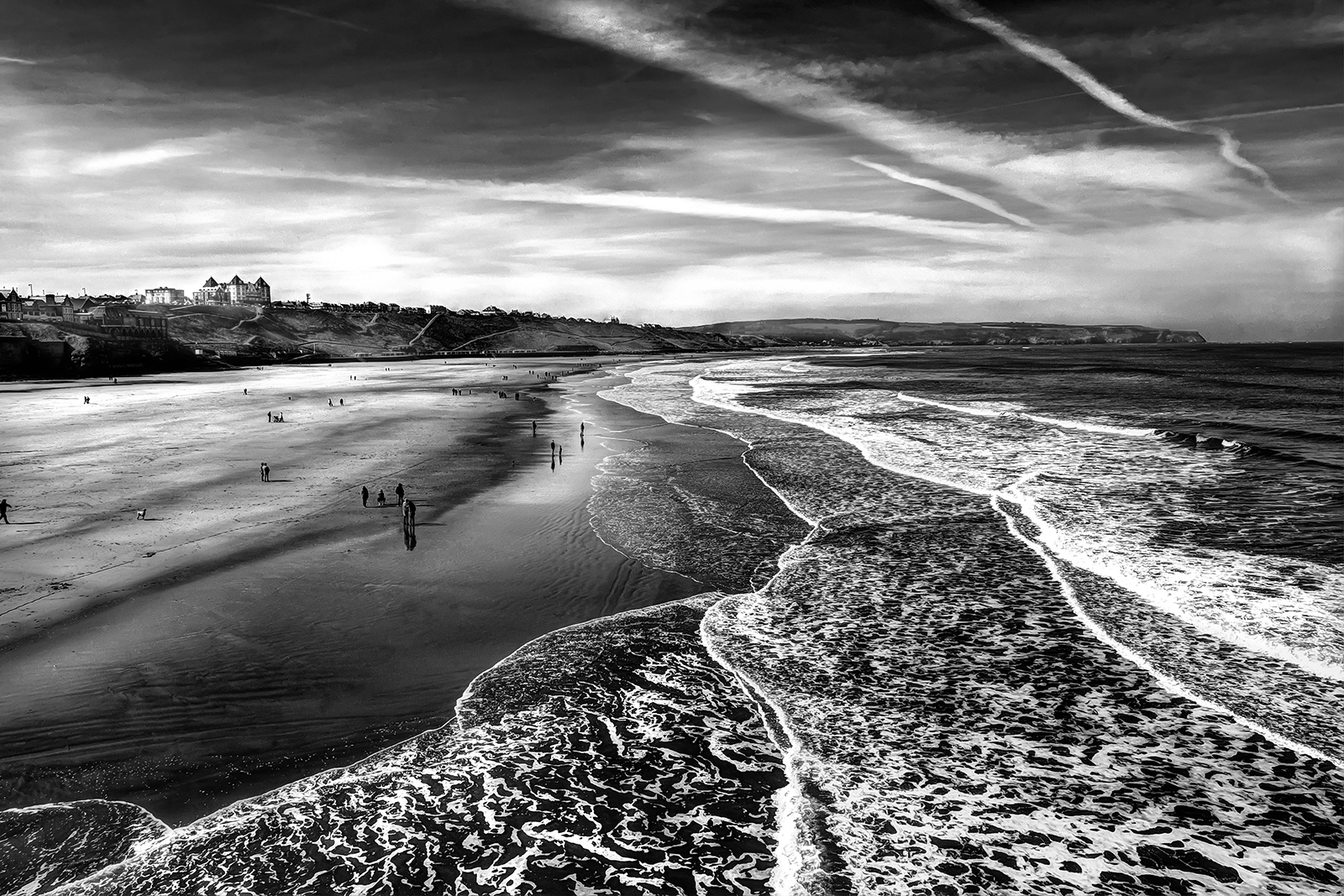 The coast of Whitby is rightly famous for its wild and natural features, indeed Bram Stoker recognised this fact when he placed his creation ‘Dracula’ on its shoreline.

What you see here is the culmination of a week’s work in the field, whilst it is easy to shoot when the sun is high and the sky is blue the result is invariably a copy of every other landscape hanging on the exhibition halls and living rooms in the world.

What I sought to depict was the wildness of the coast and the rugged nature not only of the landscape but also the people of these Isles. It was only around four or five degrees on the day I captured this image and yet families and pets were determined to enjoy what nature provides, the gentle coming and going of the waves hides a biting cold and the forbidding aspect of an early morning sky shot through with what eventually became a typical East coast storm. I considered naming the piece ‘calm before the storm’ but instead I placed the image in the mind as well as in the place where it belongs, in beautiful, raw, forbidding ‘Whitby.’

To see other examples of my work please Email me at the address below. Each image is professionally printed either in a high gloss finish or in the case of the picture you are holding a Fine Art print. Each image is mounted and framed, titled and signed, the date you see is the year the image was taken in the camera in this case 2015.

Congratulations upon winning this picture and I hope you enjoy viewing as much as I enjoyed taking it.

I can be reached at: sheridanste@gmail.com